County’s renowned technology Company Walton has launched their 2nd smartphone ‘Primo E8S’. It is made in walton’ s own factory. Last week Walton left this phone is in the country’s market. Second edition of smartphone ‘Primo E8S’ was unveiled at a function organized by Walton Mobile Retailers On last Monday, (January 22, 2018 ) at Savar Golf Club, near Dhaka.

Before that on December 10, 2017, Walton left their first smartphone in the country market. Asifur Rahman Khan, head of marketing, Walton Cellular Phone Division, said the ‘Primo E8S’ smartphone has also been made in Walton’s own factory. 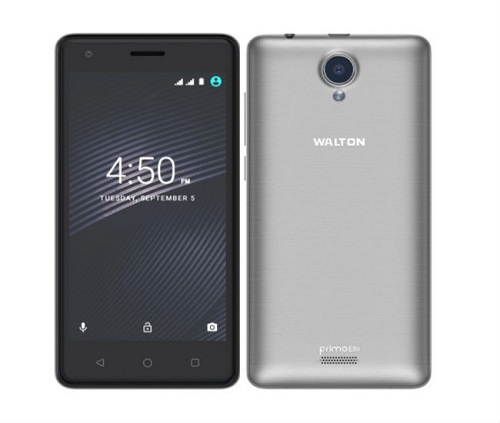 Basically it is an advanced version of the ‘Primo E8I’ model. Newly launched primo E8S model has been expanded to RAM and front camera pixels. The operating system has been updated to Android Nugget 7.0. Smartphone screen 4 decimal 5 inches It has 1.2 GHz quad-core processor. Used 1 GB of RAM. Graphics is as Mali-400. Its internal memory is 8 gigabytes.

Which can be expanded up to 32GB via micro SD card. This smartphone has LED flashy 5 megapixel camera behind. The front camera is 5 megapixels. Both cameras can be stored in HD quality video. You can also make 3G video calls with the phone at the same time. The phone has a 1600 mL Li-ion battery for power backup. You can use two SIM cards simultaneously on a 3G supported phone.

The attractive design smartphone is available in the market with black, golden and gray colors. Customers will get special replacement facilities in this smartphone made in Bangladesh.

Customer will be given another changed phone within 30 days of the purchase of the new smartphone immediately, if any bug / hassles found in the sold-phone.

In addition within 101 days of purchase, after-sales service will provide to the customers within 48 hours in priority basis.The ‘Primo E8S’ smartphone, tagged with ‘Made in Bangladesh’ meets in all of Walton Plaza, brand and retail outlets in the country since 22 January 2018. The price of Primo E8S is taka 3,999 only.