Tiktok has been uploaded by Tiktok App. By the order of the order, Google has stopped downloading the popular Tiktok app, India, after downloading a variety of songs and songs with famous songs, famous movies, and lots of interesting audio. According to the court order, the decision has been made on Tuesday as it has been decided that anyone who knows the matter, Reuters. 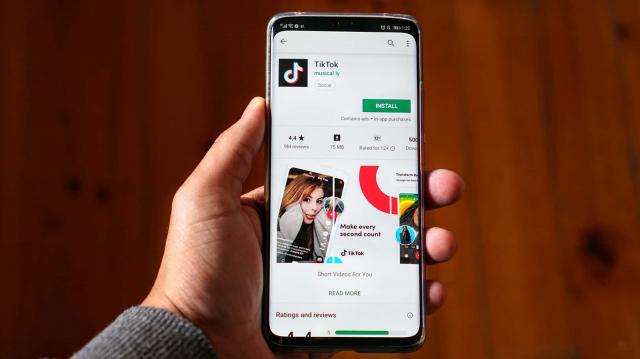 On April 3, the Madras High Court directed the government to take measures to stop the Tiktok app. It has been said, it is encouraging pornography and putting children at risk. The court gave a ruling on a public interest litigation.

According to an official of India’s Ministry of Information Technology,a letter was sent to Apple and Google to follow the law. Since yesterday the app has been removed from Google play store in India, it remains in the app store. Google says they will not comment on any single app. They will abide by the laws.

With the addition of special effects, it became popular in India as a short video publication app, and the tiktok app made by the Chinese company. However, the politicians started criticizing the contents of the app.

According Sense Tower,an app analyzer organization, the app downloaded 24 crore times in India till last February. In January this year, 3 crore users installed the app, which is 12 percent more than January of the last year.

The order passed in the court goes to the Supreme Court, in response to the interference of freedom of expression in India,Bydays. But return to it to the lower court again. The court rejected the appeal of yesterday’s court.

Bydays says, very few of their content can be called abusive. There are more than 250 employees in the country. There are also more investment plans.

According to a news agency ANI report, recently the small video share app has reached the milestone of 100 crore times downloads on the Android and iOS platforms. The app has become popular due to the creation of several videos for a few days. However, there are allegations of spreading ugly videos against it.

Tiktok apps are also being discussed in Bangladesh. Call to stop the app in Bangladesh, Postal, Telecommunication and Information Technology Minister Mustafa Jabbar. Earlier, the Cyber security and crime prevention department was called on the Minto Road police station in the capital city of Sanai due to the publication of objectionable video on the Tiktok app.