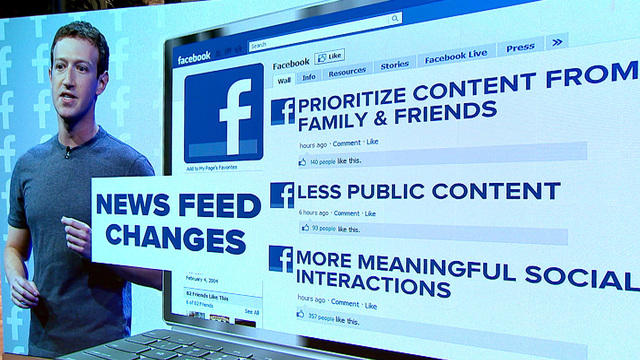 Renowned Social media Facebook is launching a huge change in it’s News feed service. Social Media Facebook is going to bring huge changes in their news feed. As a result, users will get more updates from friends and family than other news like business, brand and media news.

But many commercial establishments, brands and media who have been reliant on Facebook traffic so more, will face huge losses. According to a recent research, Facebook team has found that Facebook users faces so many advertisements of various products, Videos and various news articles on Facebook. As a result they become fed up. whether the video or content is full of educational & entertainment, it makes users more lonely. So Facebook is trying to bring a news feed that allows users to maintain more personal contact with their friends, family and different groups of people.

On Thursday (11 January 20118) Facebook’s CEO “Mark Zuckerberg “give a speech about his new plan. He said that this decision has made based on research. After launching this newly reformed service, users can maintain a more meaningful social network by finding appropriate content.

He also said that resulting this decision , the idea of establishment of Facebook will be shaky. But there is nothing to do. He expects, the users will spend their best time on Facebook. He expressed hope that people should not use Facebook to make fun. We want to make sure that the people are really good through Facebook. 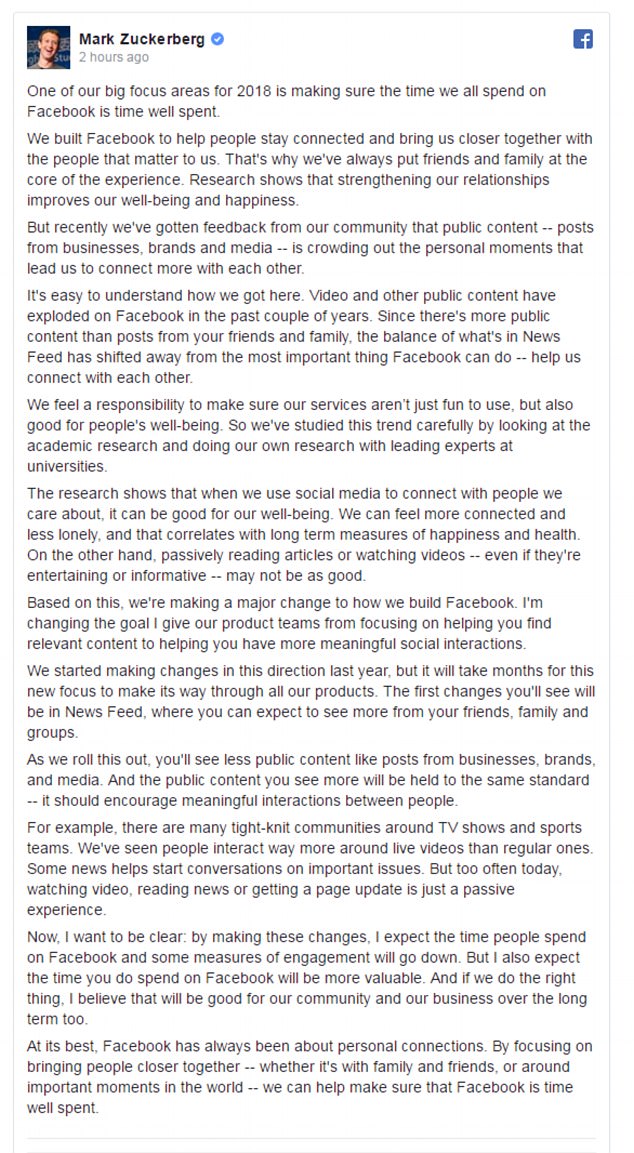 But Facebook’s new news feed will take few months to be fully active. In the time of United State’s election held in 2016, there has been a storm criticism , after publishing some false content and photos on Facebook. According to Experts opinion, this is the reason of Facebook has decided to change it’s news feed.

At present time Facebook is the most popular social media in the whole world. Whole world about 50 percent peoples use the social media. Because it’s can use easily and it’s feature reasonable for users. Few features mentioned here-