Partial Acquisitions of HTC’s Smartphone Division Is Done By Google. Google proceed one step to outrun “Apple” in hardware sector.

Google is working to expand their business in the global mobile hardware sector. But the device is not able to accurately dominate Apple in the market. Last year Google announced of partial acquisitions of Taiwan-based device maker HTC‘s smartphone division. The officially agreement of $ 110 million for acquisition, has been completed recently. Considering various aspects, this acquisition is considered as a mile stone to strengthen competition with Apple in the hardware sector. News of Economic Times. 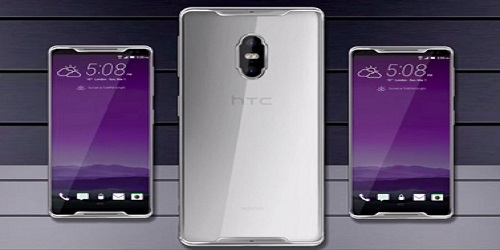 Partial Acquisitions of HTC’s Smartphone Division Is Done By Google

Google will be able to establish a strong control in the mobile hardware sector by purchasing HTC’s pixel division. The company will be able to create the device themselves. Apple is doing monopoly business with only brand iPhone in the global smartphone or mobile

Although the technology company produce the iPhone through contractual product makers, but they also make some necessary tools themselves, especially various chips of Apple company is designed and developed by itself. Besides, the company is using it’s own operating system.

By Acquisition of Taiwanese electronic company HTC’s Pixel division, Google will be able to design and develop their own chips of pixel brand devices.

HTC is making the first and second generation pixel brand smartphone, but it is considered that, third-generation pixel smartphone is to be made by Google itself. Therefore due to partial acquisition of HTC’s Smartphone division, it will be easy for Google to outrun the “Apple” in the hardware producing sector.

Google’s hardware division’s chief Rick Osterloh said in an interview given to Bloomberg, that customers will get more ‘custom silicon’ chips in the future from Google.

As a part of HTC’s Pixel division acquisition agreement, nearly half or two thousands of experts of “HTC’s Research and Development Department” have joined in Google’s Silicon Valley office. These workers are working for the development of custom processors. Google already has unveiled it’s first custom chip named Pixel Visual Core. This type of Chips used in the 2nd-generation pixel smartphones. These types of chips will be seen more in this year or next year.

“Apple” has a number of custom-made processors to maintain dominance in the mobile hardware sector. These custom processors are being used on devices like the popular iPhone, MacBook, iMac, AppleWatch and AirPod.

According to analysts data, Google may go ahead with an Apple-like plan to strengthen hardware business However, neither Apple nor Google can fully depend on their own chips. Because some of the companies, including TSMs, work to create Apple’s iPhone processors. Qualcomm made Google’s Android phone processor Qualcomm’s business will have negative effects when Google itself creates the processor. The company did not give any clear idea about when it would come to Google’s new chip.

Google has an overwhelming majority of global search services and mobile operating system sectors. This is not the first smartphone maker to take over the company’s business in the market. Motorola Mobility was acquired for $ 1,250 million in 2011. Some handsets are also unveiled. Devices could not respond very well. Motorola Devices were sold to Lenovo by $ 291 million in 2014. Alongside other activities of Motorola were sold earlier.

Rick Osterloh also said that they would be successful in the mobile hardware business sector. Because although Motorola has been sold, but some of the important patents of that company are still under their control.