US branch of TikTok 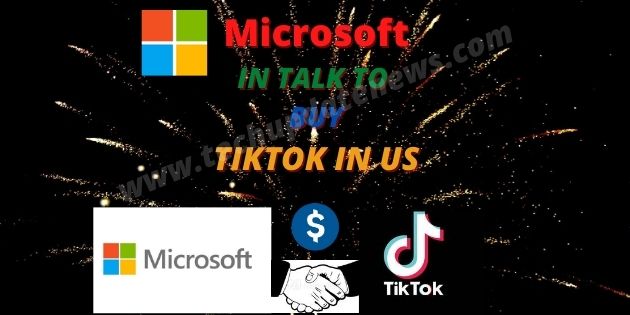 According to the New York Times and the Wall Street Journal, Microsoft is in talks with Bit-dance, the US branch of TikTok.The US media also published a report on Friday. It is written that the final talks are going on between the two organizations.

About US branch of TikTok

TikTok is a Chinese video-sharing social networking service owned by Byte-dance, a Beijing-based Internet technology company founded in 2012 by Zhang Yiming. It is used to create short dance, lip-sync, comedy and talent videos.Byte-dance first launched Douyin for the Chinese market in September 2016.

.Microsoft is going to Buy TikTok

But with a new concern about using TikTok in US Branch, the media thinks that this financial transaction will be worth billions of dollars. Discussions have taken place between representatives of Microsoft, Byte-dance and the White House.

According to various sources, they are expected to reach a decision by Monday.

Recently, US Secretary of State Mike Pompeo also opened his mouth with that Chinese video app. He alleged that TikTok was stealing personal information of US citizens. Talking about this, he also raised the issue of banning ticking in India. Meanwhile, Trump said on Friday that ticking was going to be banned in the United States.