Bangladesh launched the Most wanted four-G service officially. Fourth generation mobile Internet service launched by three mobile phone operators after taking the licence from Bangladesh telecommunication regulatory commission ( BTRC). For enjoying 4G service customers’ devices need to be 4G enabled. And before that customers also need to replace their SIM cards with a 4G-enabled other one. 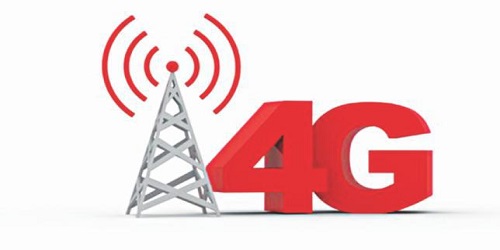 Minister telecommunications and information technology, Mustafa Jabbar inaugurated the service at evening on Monday (19 February 2018) at Dhaka club of Capital. Minister handed over the licence to the regarding Mobile phone operator’s heads.

About of GP, Robi, Banglalink Introduced 4G Service In Bangladesh

Four – G License has taken by Grameen phone, Banglalink, Robi and state-owned operator Teletalk. Although Teletalk con not introduce 4 – G service yet but others three operators inaugurated fourth generation service 4- G, by getting Licence from government.

Bangladeshi Mobile operators launched Four G service Officially after receiving licence of the fourth generation mobile network four-G connection has launched by three operators.Teletalk have not launched that service yet. On 19 th February 2018.

Grameen phone subscribers in Dhaka will be able to use fourth generation (4G) data service. Users of two cities including Dhaka, who already upgraded their SIM cards for the 4G services, will get the service within 15 minutes of launching, CEO Foley said. He however did not mention the name of the other city.

Shahjahan Mahmood, chairman of the telecommunications regulatory Commission (BTRC) chairman said, After launch of 4G service, the Bangladesh Telecommunication Regulatory Commission (BTRC) would issue a directive on the quality of service where the minimum speed for the service would be set at 7 Mbps and the regulator would be tough on ensuring quality,.

Grameen phone, Robi and Banglalink have launched 4G service in some selected areas immediately after receiving the licence for the 4- G mobile internet on 19 th February at evening. Teletalk will take some time before it offers its 4G service.

The top three operators officials said they went live with 4G service with about 400 base transceiver stations (BTS) in major cities of the country.

Telecom Minister Mustafa Jabbar handed over the licences to the officials of the operators during a ceremony at the Capital’s Dhaka Club. Managing director and CEO of Robi, Mahtab Uddin Ahmed, said they have launched 4G with 179 BTS in different large cities, including Dhaka and Chittagong.

“The ecosystem is yet to be ready for better service of 4G but I hope it will be available within the shortest possible time,” said Ahmed in his speech at the ceremony.

After getting the licence, Grameen phone’s Chief Executive Officer Michael Foley announced the launch of 4G service on Facebook Live. GP started covering the services in selected areas of Dhaka and Chittagong cities as part of its planned countrywide 4G service.

At least 30 Grameenphone Base transceiver stations (BTS) in Dhaka and 20 in Chittagong started delivering 4G service. “Indeed, this is a proud moment for us all in Bangladesh and a big milestone to the realization of Digital Bangladesh,” said Foley after launch.

Erik Aas, CEO of Banglalink, after launch of the service. Said “It is a great day for us as we stepped into a new era of digital connectivity”. ‎Four-G connection introduce by these operators, Banglalink, Grameen phone and Robi. This week in Capital. In the also outside of Dhaka it was introduced as the most waited service.

Without Teletalk, other operators have been launched four-G. service. Soon Teletalk will introduce this service. Four-G will increase the Internet speed.

Teletalk Managing Director said, four mobile operators of Bangladesh got license. He said customers will get more benefits in 4 G than that of 3- G. Telecom and Internet are directly involved in the formation of a modern and advanced country. This service will be available after 4- G introduced. But customers says, Although 4 – G service starts but customers have claimed they haven’t gotten 3 – G service of GP, Robi, Or Banglalink operators in respective areas yet.